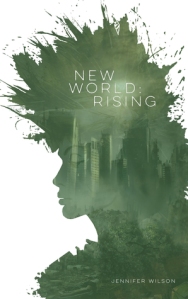 Since witnessing her parents’ murders at the age of eleven, Phoenix’s only purpose in life has been to uphold her mother’s dying words- to be strong and survive. But surviving outside of The Walls- outside of The Sanctuary- is more like a drawn-out death sentence. A cruel and ruthless city, Tartarus is run by the Tribes whose motto is simple, “Join or die.” Refusing to join and determined to live, Phoenix fights to survive in this savage world. Trusting no one, she lives as a rogue, fending only for herself. Then in a moment of rash judgment, she breaks all of her rules to save a child, and in that moment her life is turned upside down. When the rescue mission goes awry, Phoenix is captured by an underground group who claims no allegiance with either the Tribes nor The Sanctuary. She finds herself in the most dangerous game of survival she has ever played. In her captivity, only one person- the handsome and oddly sympathetic Triven- shows Phoenix something she has never before experienced: kindness. While warring with unfamiliar emotions and still skeptical of her captors’ motives, Phoenix quickly realizes that these people may just hold the key to her lost memories. But who can she trust, when no one can be trusted? Not even herself.

New World: Rising is definitely one of the best dystopia reads that I’ve come across in a long time!
It was fast paced and interesting. I loved the writing and the characters were awesome. There was some tropes that come along with YA dystopian but I didn’t mind it. The world building was pretty great. There was some info dumping in the beginning but that didn’t really matter because the world that Jennifer Wilson created was so interesting. Phoenix is a really cool main character. She’s independent, self aware, and really smart.
Overall, I read this book in just a couple of sittings because it was so fact paced and I really enjoyed it. I’m starting book two really soon because I can’t wait to see what happens next. If you love dystopian books, please pick this book up because it’s great.

One thought on “Review: New World: Rising by Jennifer Wilson”