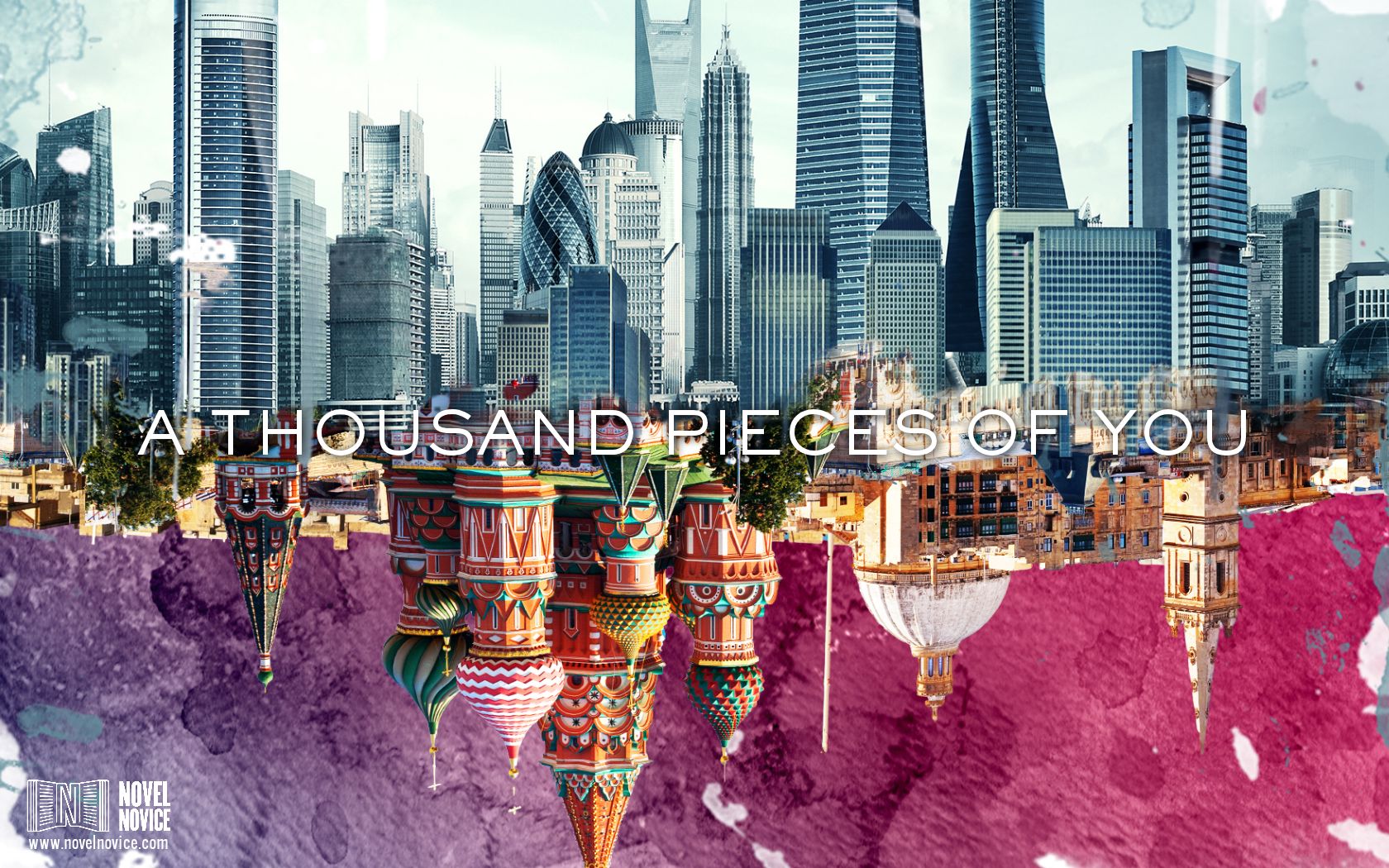 A Thousand Pieces Of You by Claudia Gray
Published: November 4, 2014

Er Mah Gerd. That’s all I can start with.

So I solely bought A Thousand Pieces of You by Claudia Grey off the cover. It was just colorful and water colored and the whole London vs Russia reflection caught my eye and I was just like “OOHHH BUY IT, IT’S PRETTY!” As I Do believe most of us who own this book did as well.  But on top of a heartbreakingly beautiful cover, A Thousand Pieces of You has a great plot synopsis that draws you in. And I have definitely seen a ton of people excited about this book and it was just something I couldn’t stay away from for too long.

This story is about a girl names Marguerite who is the kind of black sheep of her family because her parents are physicists and her sister is a brainiac as well but she’s an artist. Don’t let that fool you though, she’s really smart too, just not the same way as her family. Her family is very close knit, her parents and the grad students they work with came up with a Firebird, a contraption that causes parallel dimension jumping. But when Marguerite’s dad get’s murdered and they think it’s one of his grad students, Marguerite takes matters into her own hands trying to catch Paul Markov. Following him from dimension to dimension no matter how different each dimension may be.

So, I loved this book. I love the way it was written, the fast paced movement of everything and all the twists and turns within it. And I feel as though being a graphic artist as well, gave me a small connection to Marguerite that I appreciated.

Although at times I kind of wanted to just slap Marguerite out of slight whiney frustration, this book kind of surprised me towards the end. And the way it all is, you’re pretty much left trying to figure out who’s the murderer until right before the end, or close to it.

I wasn’t too fond of the kind of love triangle going on, I feel like it would’ve been much stronger if it wasn’t there, but I honestly didn’t care about any of that reading the book, it was more of an afterthought because I was so engrossed in just the whole plot and adventure of everything that was happening.
I loved Gray’s writing, which makes me  want to pick up some of her other books, but at the same time, I just want to wait for the sequel to this.  Which is supposed to come out on November 3, 2015. It’s called Ten Thousand Skies Above You which from the cover looks like a London/San Francisco parallel (it’s just as gorgeous as this cover, honestly).

My girl @hairbyalannahlarson did it again! We snip

Kingdom of The Wicked – Kerri Maniscalco